ORPHANED AND DESTITUTE CHILDREN OF NEPAL 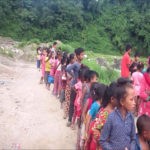 Orphaned and destitute children mission of Nepal is a Community Based Organization in Mid Western, Western, Eastern and Far Western Nepal with a centers for orphans and destitute and other vulnerable children so as to address their problems at the community level.

The general objective of our project is to provide support to orphans and vulnerable children so as to enable them to live a normal life like other children in the country. The project is largely aimed at providing care to the orphans and vulnerable children who do not have parents, guardians and privilege; to look after them as well as assisting them to acquire an education by supporting them to attend nursery, primary and secondary schools.

Why We Got Started:

Nepal is one of the world’s poorest countries. It is located in the Himalayas and bordered to the north by the People’s Republic of China, and to the south, east, and west by the Republic of India, which is still struggling to overcome the effects of the decade-long civil war the conflict claimed the lives of 17,000 people, displaced an estimated 100,000 more, and ultimately brought about the abolition of a 240-year-old monarchy that left many families displaced and dislocated.
During and after the civil war the major victims were children. Thousands of children were forced into the streets and to work in factories. Many were trafficked inside and outside the country.
It has gravely affected the country’s children by exposing them to violence by both sides, disrupting their home lives, limiting their families’ economic activity, and hampering their access to education and health care.

The Maoists’ practice of recruiting children has placed children in harm’s way by exposing them directly to the armed conflict. The fear this practice has engendered among Nepal’s rural population has also greatly contributed to the heavy indirect toll the conflict has exacted on Nepal’s children.

Warfare directly impinged on children’s schooling, as Maoists widely recruited children from schools, while government forces often used schools for shelter, and schools were mined or bombed. The social disruption caused by the conflict also hindered children’s access to education.

* 41% total population is children below 16 years of age.

* 475 children lost lives in the armed conflict in Nepal.

* There are 2.6 million child labors in Nepal.

* Twelve thousands Nepali girl are sold in India every year.

New data released by the Central Bureau of Statistics Nepal shows that Nepal is highly infected from HIV/AIDS among South Asian countries due to the use of narcotics. This is a rapidly growing problem in Nepal. The number of HIV/AIDS victims in Nepal has reached ninety-six thousand but the perspective of the Nepalese society towards HIV/AIDS is very negative due to different social problems and fueled by ignorance regarding HIV prevention and brutal discrimination against people with AIDS.
Many children with HIV are forced to leave their schools, and infected women are often abandoned by their husbands. 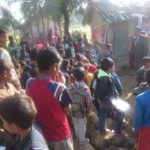 Because of this stigma, many people avoid being tested and hide their symptoms of AIDS for as long as possible. According to a U.N. study, more than 80% of Nepalis with HIV have not been diagnosed. This epidemic transcends geographical, gender, racial, ethnic as well as economic barriers, and thus, Nepal remains no exception.

State of the Epidemic:
The first case of AIDS in Nepal was reported in 1988. As of December 15, 2011, 19,118 cases of HIV infection were officially reported; however, given the limitations of Nepal’s public health surveillance system, the actual number of infections is thought to be higher.
There are approximately 50,200 people living with HIV as of 2011 and that around 60 percent of those infected are unaware of their sero‐status.

There are between 24,649‐28,359 female sex workers in Nepal with an estimated HIV prevalence of 1.69 percent. HIV infection rate among street‐based sex workers in the Kathmandu Valley is 4.2% due to their highly marginalized status, FSWs in Nepal have limited access to information about reproductive health and safe sex practices. Cultural, social, and economic constraints bar them from negotiating condom use with their clients or obtaining legal protection and medical services.
Almost 60 percent of their clients mainly transport workers, members of the police or military, and migrant workers, do not use condoms. Nationally, clients of FSWs have account for 4.4% of total estimated HIV infections.
There are as many as 61,000 people living with HIV/AIDS in Nepal states that 40.4 percent of intravenous drug users (IDUs) in Nepal are HIV positive.

An estimated number of 7,000 adult and child deaths have been attributed to HIV/AIDS in 20012. However, well-researched, concrete and consistent data is yet to be determined. With the lack of such solid data, those living with HIV/AIDS are believed to be much higher than the estimate.

Because the majority of parents dying from AIDS are between the ages of 30 – 50, and during the past ten years of CIVIL WAR by the Maoists Communist Party was an armed conflict between government forces and Maoists fighters in Nepal, famine persecutions and natural disasters.
No more guardian during Civil War many times, there are no grandparents left to care for the orphans and the oldest child must become the breadwinner to keep the family alive. This means they must drop out of school and do whatever they can to survive. times this means prostitution for the girls and theft for the boys. 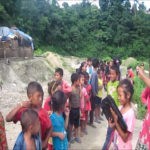 A UN report states that more than 5000 children have been displaced and over 3500 orphaned due to the violent political conflict in this country.

A MESSAGE from PRESIDENT